One of the complaints regarding overwrapping, when compared to shrinkwrapping, has been the need to use a precise width of film.  On the other hand, shrinkwrapping, using large amounts of heat energy to shrink film around a product, has always been able to cope with oversize film and shrink to the correct size.  This means that products of a varying size can be wrapped without changing the film reel. 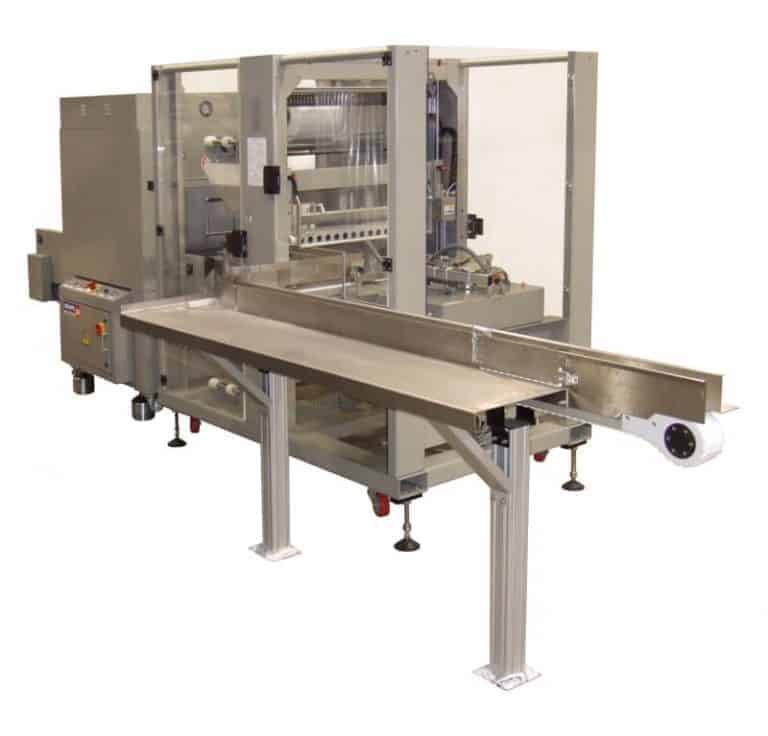 Marden Edwards overwrapping machines have always had a degree of tolerance to different sized products but generally speaking for each size of product being wrapped, a new width of film reel has been required.  For those users with many different products, this has always meant having a high inventory of film widths in stock and an increased material ordering complexity.  Until now.

The system uses two film cutting knives mounted on a quick adjust spindle for precisely trimming a standard sized film reel to the perfect width required for overwrapping the product.  A motor driven film take-up system automatically removes any waste meaning that for short product runs the same reel can be used for many different sizes.

Not only does the user benefit from a vastly reduced inventory of film widths but also has the ability to precisely set the film width to produce the exactly required end fold appearance.  This is especially vital for the perfumes and cosmetics industry where a perfect presentation is a necessity.